Passage to Mazatlan and in the Old Harbour

All good things must come to an end and it was past time to head out of the Sea of Cortez and go south to Mazatlan to prepare Fluenta for the summer storage. 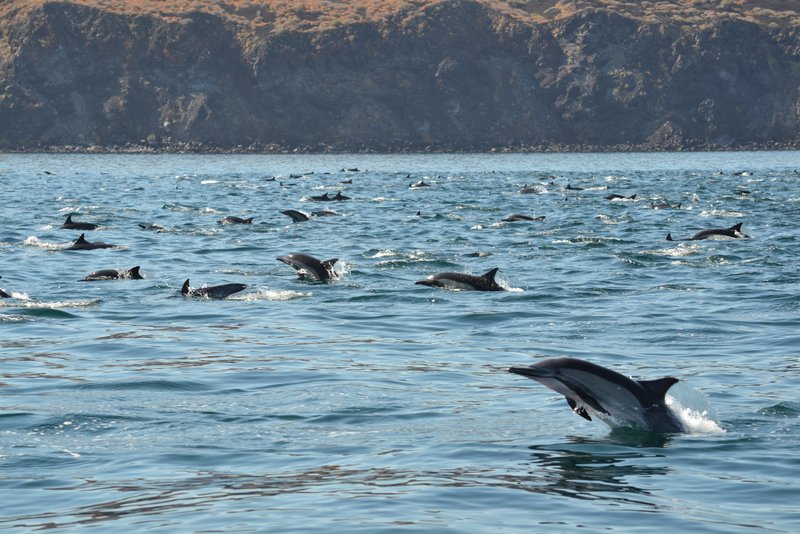 On leaving Isla Coronados the dolphins came out to wish us farewell.  We have seen plenty of dolphins on our trip but the volume of them in the Sea of Cortez has been amazing.  They were regular visitors in the anchorage (or rather, we were visiting their anchorage). 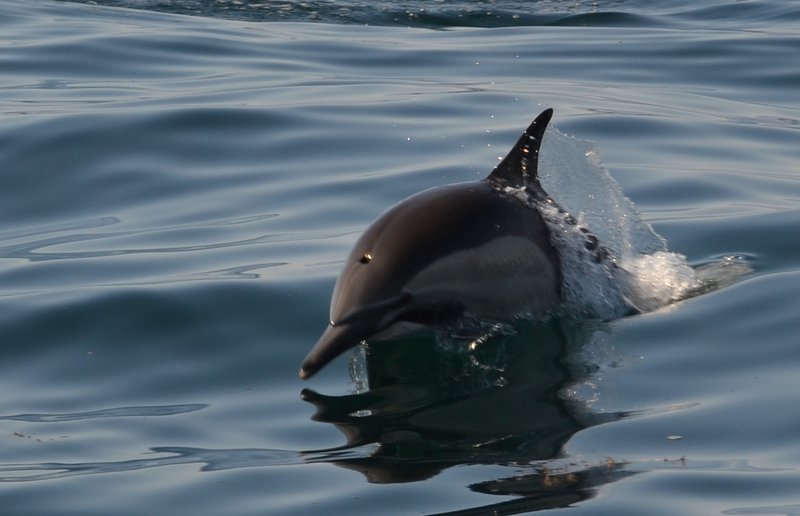 The passage is only 320 nm but took us four days of mostly sailing to windward. Despite the problems with waterlift muffler our three fiberglass repairs to it held out.

Our course we did a bit of fishing.  There are some really big fish down there as we found out when our 90 lb test line with a shock cord exploded and split twice.  One of the times the line parted so violently that the leftover line was thrown back on deck.  We did well though: a big eye tuna, several skipjack tuna, a bonita and a small dorado.  There were lots of smaller fish that were released. 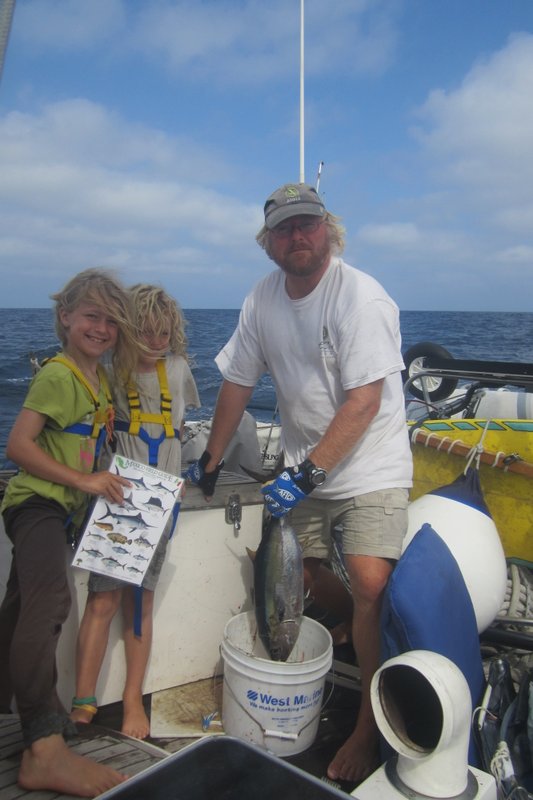 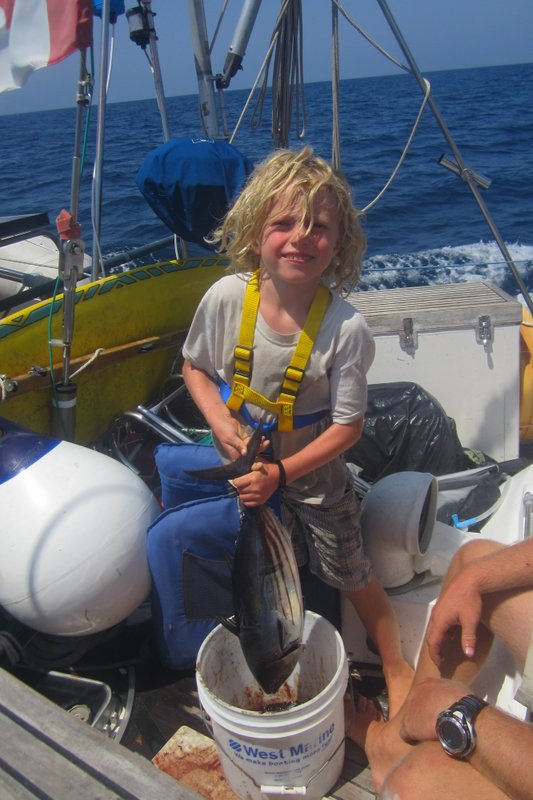 After four days of working to windward we found out that the large swell was creating big surf and making the channel to the marinas unsafe to enter.  Of course, the direction of the swell made most of the anchorages pretty undesirable too.  So ... we are back in the Old Harbour near Club Nautico which was our first anchorage after the Baja Ha Ha.  Kind of smelly, lots of traffic and where someone tried to take the locked outboard off our boat while we slept and where our neighbours lost their outboard the last time.  The entrance was interesting with breakers on either side of us.  We picked a quiet period between sets, clipped in our tethers and went in at full throttle.  Turned out to be anticlimactic as the entrance is fairly deep so the breakers are only on the edges.  Anyway, we are anchored within view of the entrance and can watch the Old Harbour version of wildlife come and go (dolphins, whales, turtles, mantlerays, trigger fish etc replaced with pangas, fishing boats, tour boats, patrol boats, big ferries etc).  It should calm down this weekend so we will move to Marina Mazatlan then.

Posted by The crew of SV Fluenta at 10:35 No comments:

Hike to the Top of Isla Coronados

Some photos of our hike to the top of Isla Coronados with the crew of SV Northern Passage. 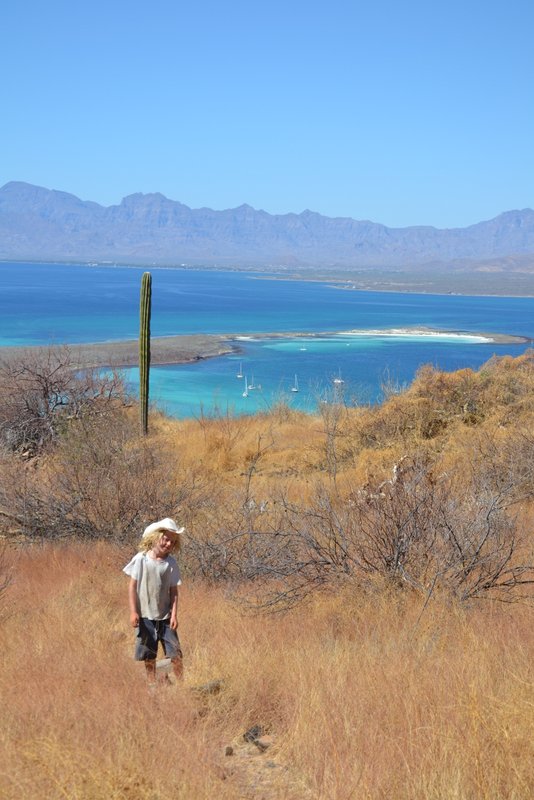 Posted by The crew of SV Fluenta at 07:35 No comments: