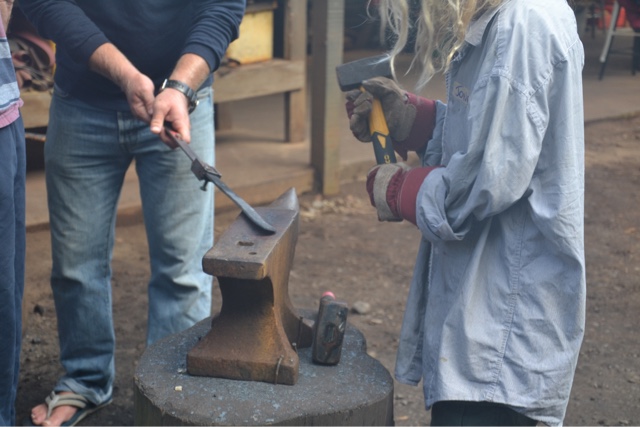 We did that three times, and on the third time, I didn't hammer it, instead I dipped it in water to harden it. Once it was cooled, one of the instructors took off the second piece of metal, and I cut the excess metal off the first piece with a hacksaw. 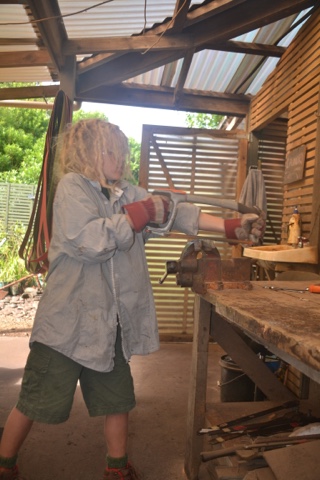 Once I had cut through it, I ground the blade on four different grinding belts. 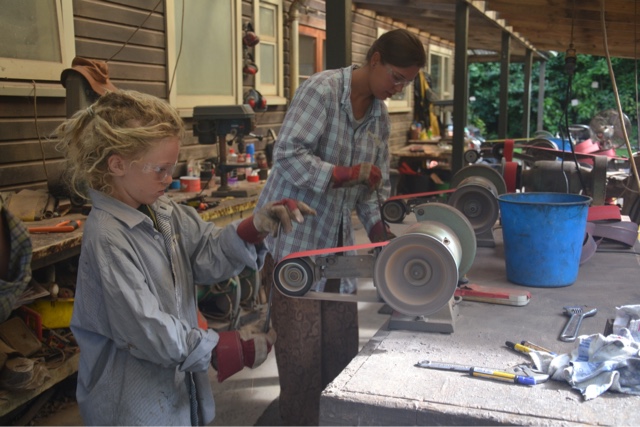 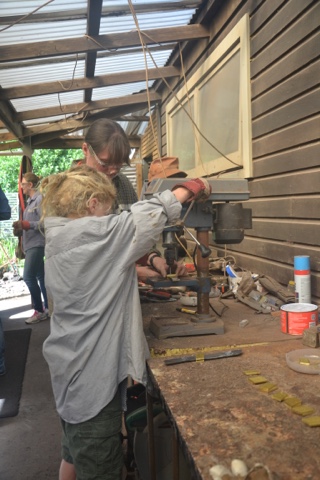 I hammered in two brass pins. After the tang, I cut out the handle with a jig saw, 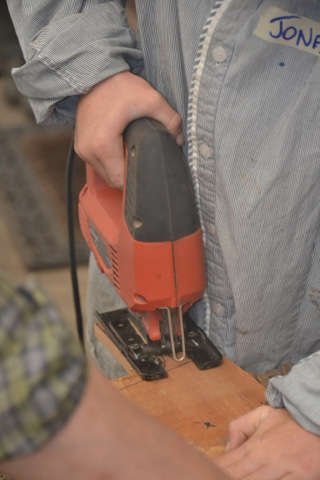 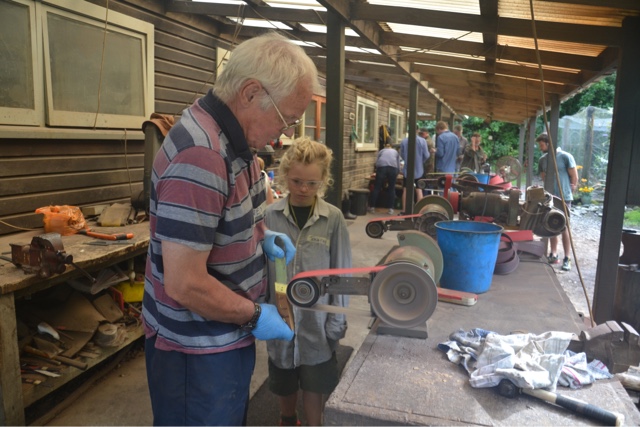 When I was waiting for everyone else to be done, I threw throwing stars and axes. 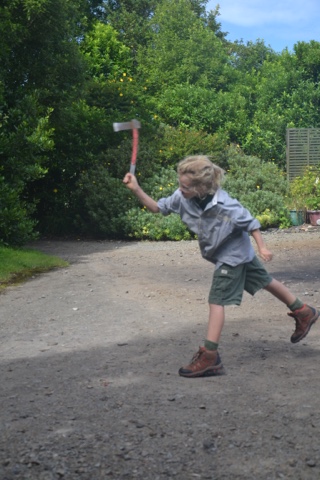 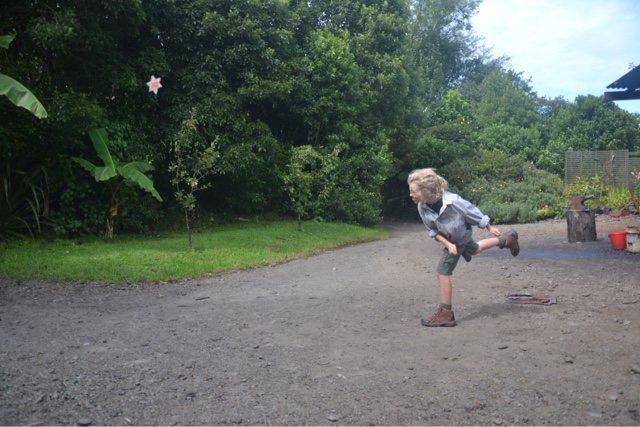 The throwing stars were way easier than the axes.  Once everyone was done, we all put resin in the cracks between the handle and the metal of the knife itself.  Once everyone was finished, we all went inside and had lunch, which was toasted sandwiches.  When we were having lunch, the other instructor ground the excess resin off the knives.  The reason he had to do that instead of us was because the dust was poisonous.  When Steven (the instructor) was having lunch, the other instructor (Robyn) took us on a hike to their pony pen.  Victoria got to lead one of the horses, and another kid, Jake, got to lead the other one.  We took the ponies on an obstacle course. 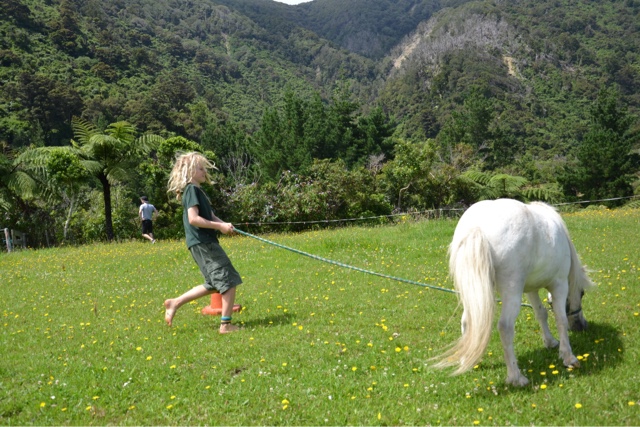 After they had done the course a few times, we went on a race.  After the race, we put the ponies back in their pen, and went on a huge swing. 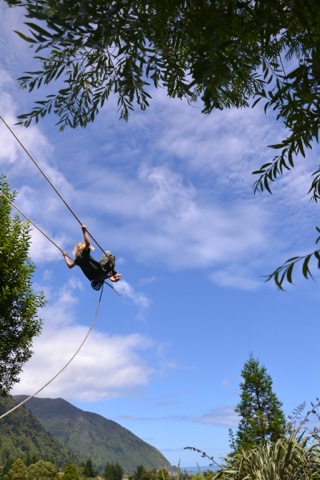 One person sat on the seat facing out to sea, then five other people pulled on the rope to hoist them up.  After everyone got a turn, we all went back to the house.  After finally getting the handles done, it was time to work on the blades.  First we decided what we wanted our knives to look like; I decided to put a curve on the back of my blade to give it a better point.  I drew the curve with a Sharpie, then I used the grinder to grind the curve. 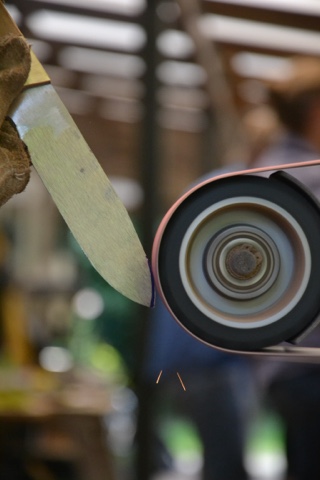 Once I had the curve I wanted, I used four different grinding belts to smooth the blade. Then Steven used my knife as an example and taped my handle for me.
After he taped it, I went around to the back of the house.  Everyone was given sandpaper, a plastic block, and a bucket of water to use to sand and smooth the blade.  We used four different degrees of paper.  After that, we were given a piece of cloth and some metal polish to polish the blade.  Once the knife was polished, we all went back to the front of the house, where we took the tape off the handle and polished the handle.  Then Steven sharpened the knives. 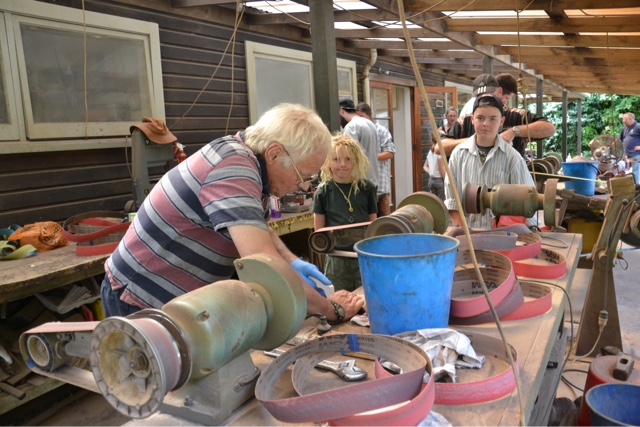 Once he had sharpened all of the knives, we took a photo. 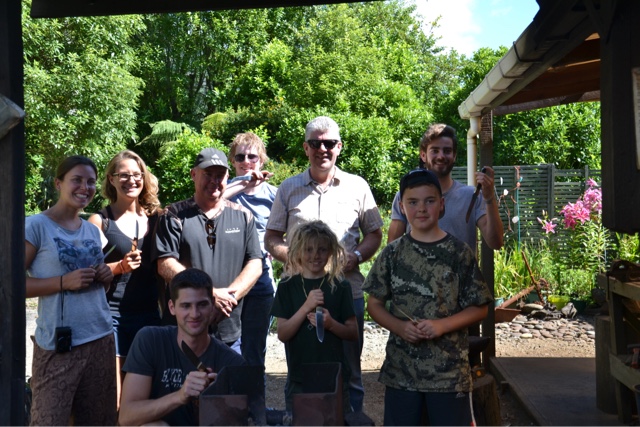 After the photo, we all went inside for drinks and snacks.  While we were waiting for our parents, Victoria and I were able to use Steven's BB guns. 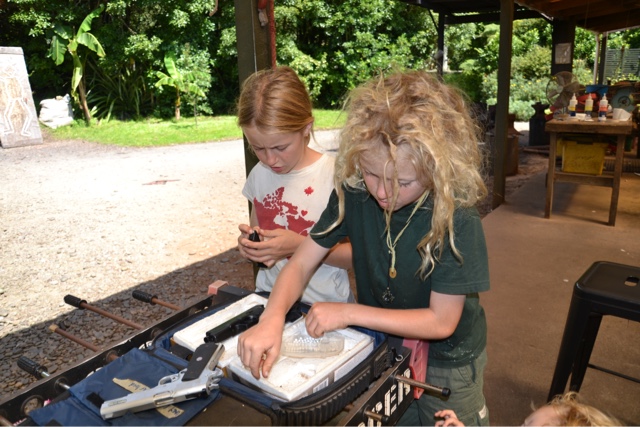 This was a day that I had looked forward to for a long time, and it was amazing. 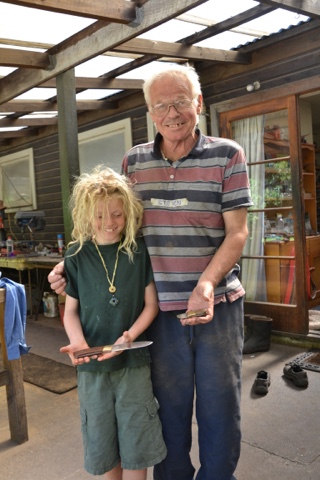 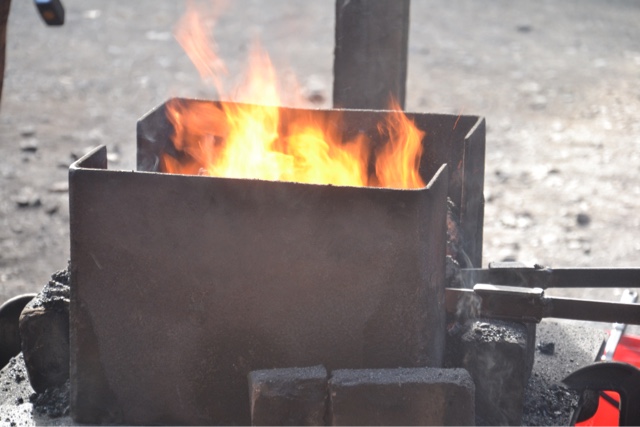 Panoramic photo from Bluff by Johnathan 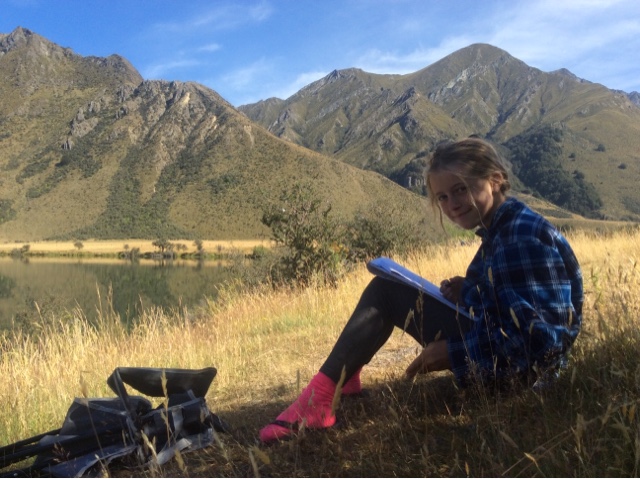 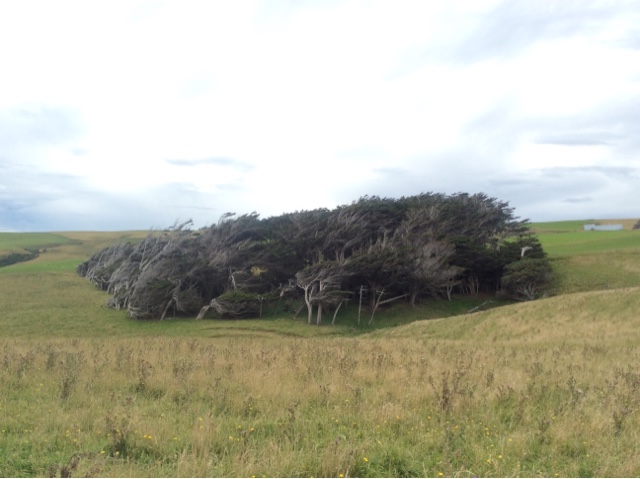