And so we wait.  Liz's "official" due date is in three days so baby could show up any time.  So, we wait, but waiting at La Cruz de Huanacaxtle is no hardship.

The kids have been doing aerial silks twice a week and Johnathan has been doing karate (in Spanish) three times a week since they came down to La Cruz.  Plus they have their friends from last season as well as a new one to play with.

And of course, shopping is more interesting when it is the local weekly market.  Photos below: 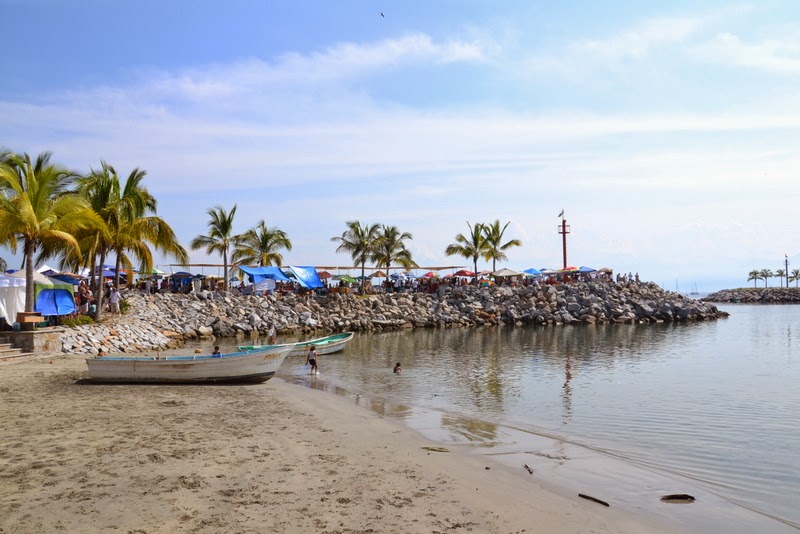 We have taking the collectivo bus (and, with much thanks sometimes been getting a ride with Allison from Kenta Anae in their cool van) for the regular visits to the birth center and various medical appointments.  Each of those trips is usually an adventure in itself.


And, of course, despite protests to the contrary home schooling continues ...No photos ...

We have rented a car to ensure we can get the Birth Center when the time comes, learning from Chartlotte and Eric's (aka SV Rebel Heart) experience last year when their taxi got stuck (all the details in their excellent blog - a must read).

So, now that we have a car and time, we went to Sayulita for a bit of a road trip today.  We took the slow road via Punta de Mita and then had a great afternoon on the beach.  The kids and I played in the waves and tried to body surf while Liz supervised from ashore.  Next time we bring or rent boards!  Liz also noticed a Mexican lady with a child in a rebozo  (a first sighting for us despite it being a traditional Mexican way of carrying a baby).  Liz managed the conversation all in Spanish and we have now bought a rebozo for baby.

Our accommodation here in La Cruz is no hardship either.  We are in a relatively simple but spacious condo with an amazing view over Bandaras Bay.  A minor detail is that it is about 150 steps up from the main road on some classic Mexican steps.  Some my favourite parts are the bricks cemented to the bedrock and the missing handrail with a potentially fatal drop.  Luckily once you get past those crux moves, then any fall will be impeded by the rusty rebar (yes, our tetanus shots are up to date).  This is the same place the Rebel Heart rented last year. Of course, Rebel Heart has a great description and photos of the climb - "149 Steps to Inducing Labour".


While I can't work on the boat since Fluenta is still in Mazatlan, I have still been doing some boat stuff figuring out some logistics, looking up charts, reviewing the celestial course I took awhile ago and teaching myself how to make soft shackles (pretty easy actually).

That's all for now.  The bags are packed, the car is rented, Liz has had her lady's day with Allison and Cyndi so we are "spring loaded in the go position".

After a great summer in Canada it was time to head back to Mexico to continue cruising.  We flew from Victoria to Phoenix.  Importing things into Mexico can be a challenge but luckily friends of ours on SV Sweet Dreams connected us with their friends in Phoenix who let us ship matériel to their house.  We had a hectic day in Phoenix doing last minute shopping and collecting our items from the house and then spent the night trying to repack everything for the bus.  The next next day we took the overnight Tufesa bus to Mazatlan.  Clearing customs in Mexico can be interesting but luckily the paperwork we had from the Mazatlan Harbourmaster was sufficient to allow us through without hassle.  We had a lot of stuff: it took three taxis to get us from the bus station to the marina.

We spent a week living in Fluenta in Marina Mazatlan preparing the boat for the maintenance period in the yard.   Of course, the other important task was celebrating Johnathan's eighth birthday.  We went to Mazagua - the local waterpark.  Great fun and we were pretty much the only non-Mexicans there.  As with much of life in Mexico you are responsible for your own risk management - no nanny state here.  The rides at the water park were fun but required a bit of judgment. 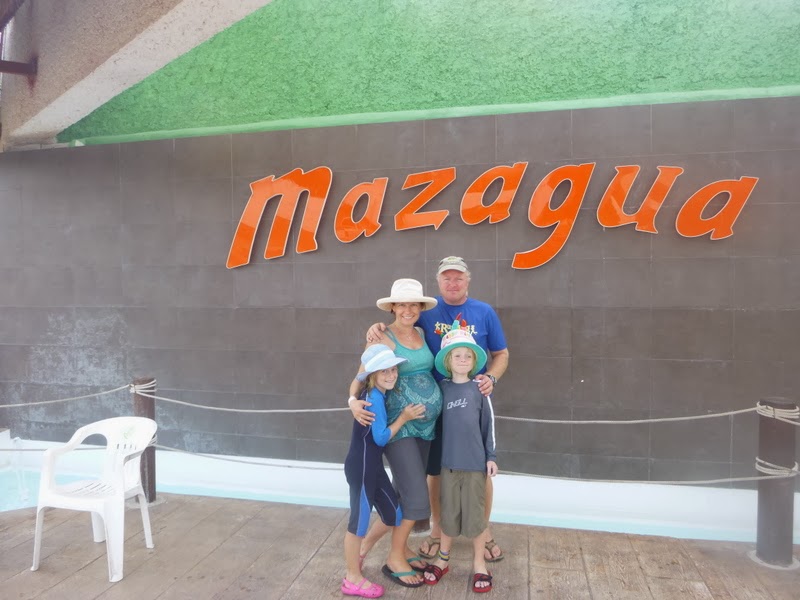 Haulouts are never fun, but the yard ended up delaying our haulout until it was nice and windy and sent only one line handler who set himself up on the leeward side of the boat, which really made things interesting.  Funny on how pushing on a rope never really works out well.  End result we bent over a stanchion as the wind blew us sideways into the wall.  All fixable and no one got hurt but not a great start. 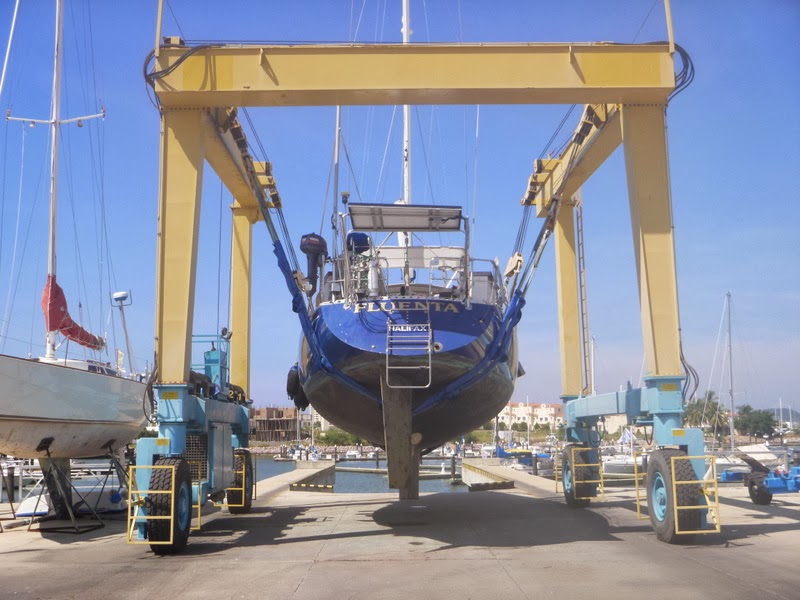 Fluenta was in the yard for two weeks while we had the bottom sanded and painted, the shaft pulled and trued, new cutlass bearings installed, the rudder dropped and checked (and dropped again - long story), sea cocks serviced or replaced, new exhaust tailpipe installed and more.  The expensive bottom painting job we had done in Anacortes did not fair well at all, so we had it sanded off and some toxic local bottom paint applied.  We also increased the pitch on our Maxprop to ease the load on the engine a bit.

Living in a yard is not fun at the best of times but with all the toxic dust and heat (at one point it was 35C and 70% humid in the cabin) we thought it better to get a local hotel.  The Mar Sol Bungalow was great - very inexpensive and the family who runs the place took great care of Liz and the kids.

The kids and I took Sunday off and played tourists at the Mazatlan Aquarium.  Again we were the only non-Mexicans there.  The kids got to participate with some of the animals including the racoon and the Sea Lion. 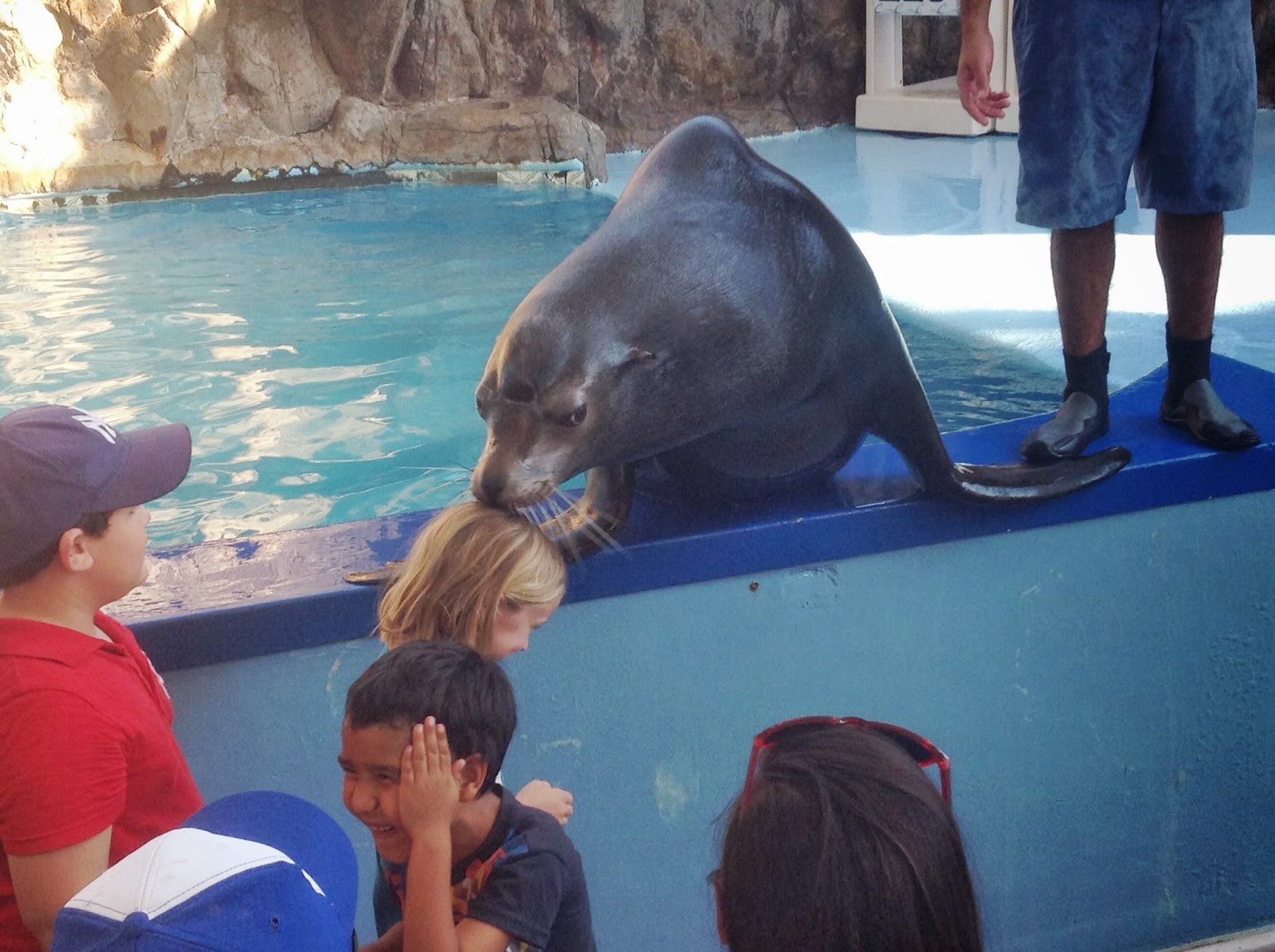 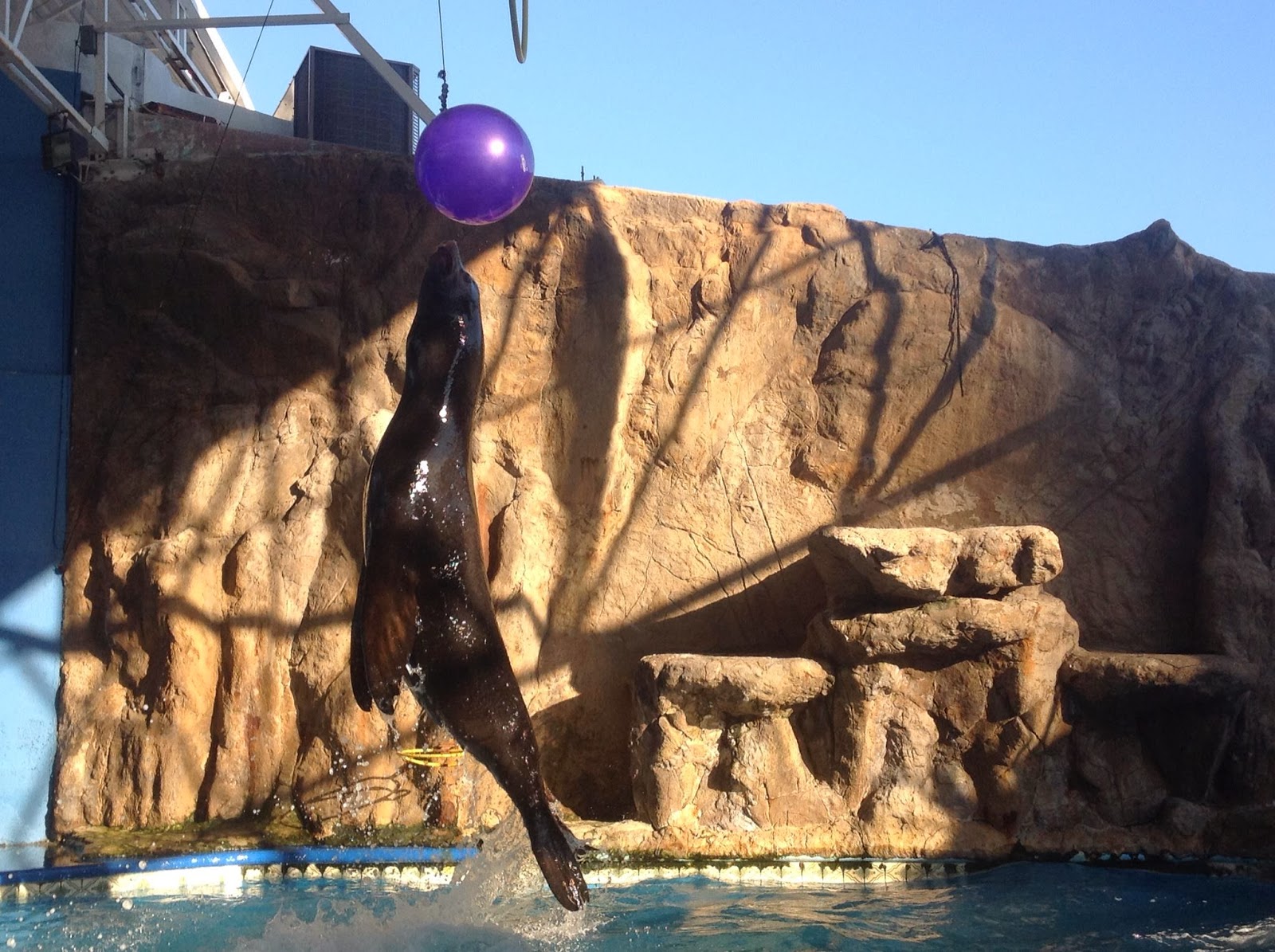 Once we got Fluenta relaunched and safely tied up at the Fonatur Marina, we rented a car and drove the seven to eight hours to La Cruz where we have a condo rented for awhile.  After helping Liz and the kids get settled in, I then drove back to Mazatlan.  It is a beautiful drive - on the way to La Cruz we went through San Blas and then on the way back I took the mountain and jungle road up to Tepic before getting onto the toll rodes.  Driving in Mexico is never boring ...

I then moved back on the boat and continued working.  Not many pictures from this period as I didn't have the camera.   Also had a bit of a delay as I returned to the boat just in time to prepare for Tropical Storm Sonia.  No major drama but pretty wet and windy.

Ever since we have had Fluenta we have had overheat issues on start if we did not let the engine warm up for a very long time.  Working with Total Yacht Works we may have finally solved the problem.  A new thermostat was installed but this time with a 1/16" hole.  As we already had access and as I had a new spare Perkins coolant pump on hand we also installed the new pump.

The other outstanding issue was the shaft alignment.  This "simple" project ended up being a tad more involved as we needed to lift the engine to replace the forward two engine mounts.  To gain access we had to remove one of the altenators and cut away one of the bilge hoses.  Very much smoother now.

We had also hired a Canadian expat carpenter, Scott, to put some veneers over the bulkheads I repaired last year and to build us two new deck boxes.  He did an amazing job and to save money he let us do the donkey work of epoxying and painting the deck boxes and varnishing the veneers.  I totally underestimated how long it would take me to epoxy(three coats), sand (forever), prime (with nasty two part paint) and paint (three coats) let alone install the hardware and mount the boxes.  They are however finally installed.  Photos to follow.

After only having a bucket available on the boat for the last few weeks, the head is also functional - and not leaking - again.  Other plumbing included rebuilding the corroded manual bilge pump (whose great idea was it to build a salt water pump out of aluminum ?) and replacing the hoses for the electric and the engine driven bilge pump.

[another one of our discontiguous, not in any chronological order posts ...]

After our Nova Scotia and PEI visit we headed to BC to visit my side of the family.  Most of the summer was spent relaxing and playing at the farm but we also went camping a few times, did a few local excursions and spent time in Victoria with Sarah and Chris at either end of the trip.

Hard not to take pictures at the farm.  Harder to narrow down which pictures to use especially when there are kids with horses, tractors and bikes ... 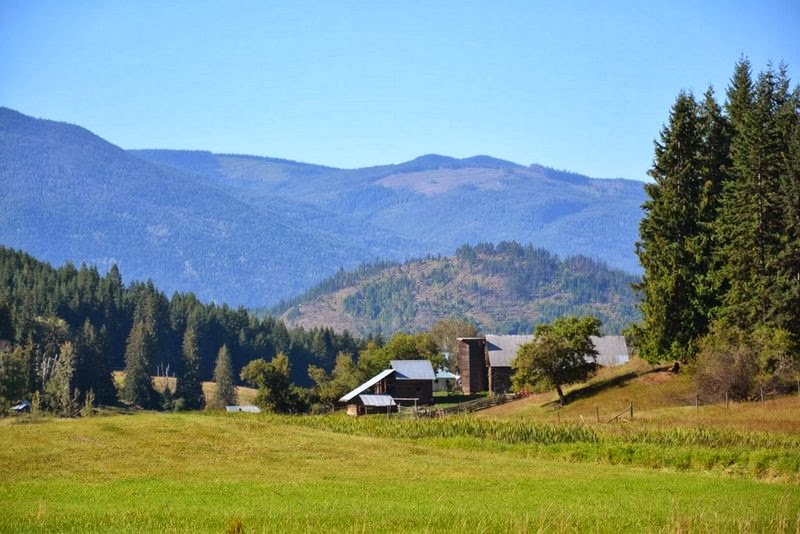 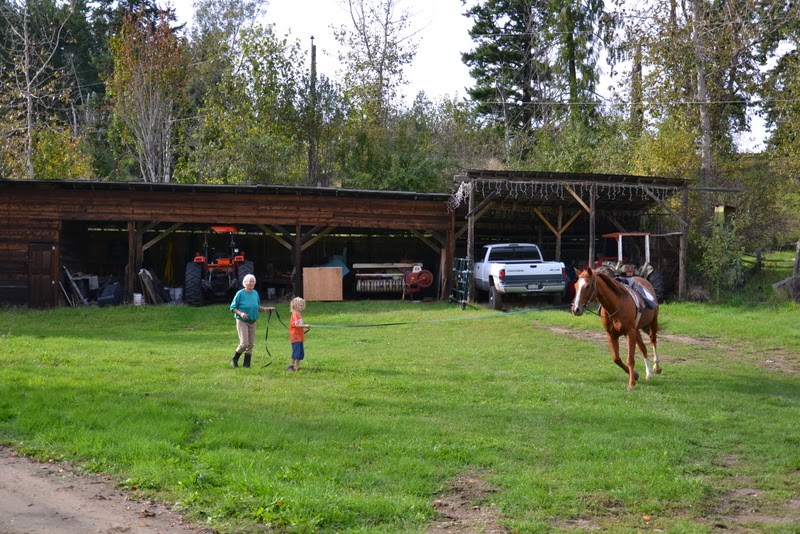 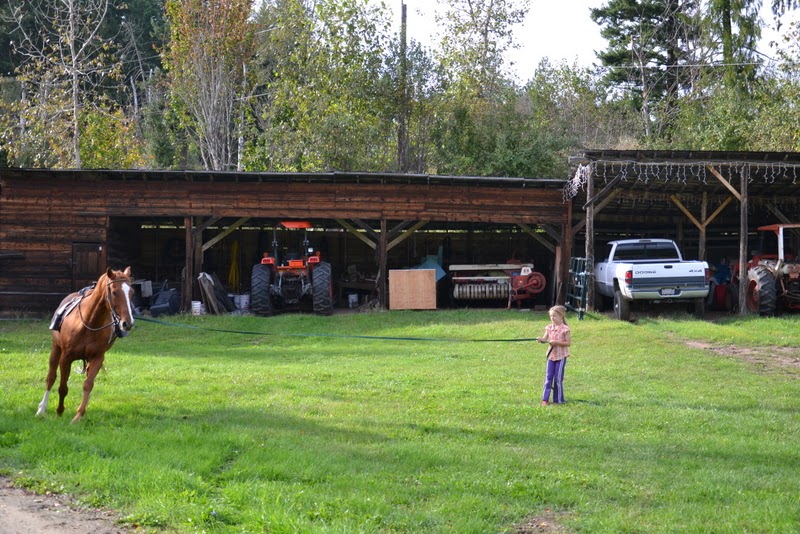 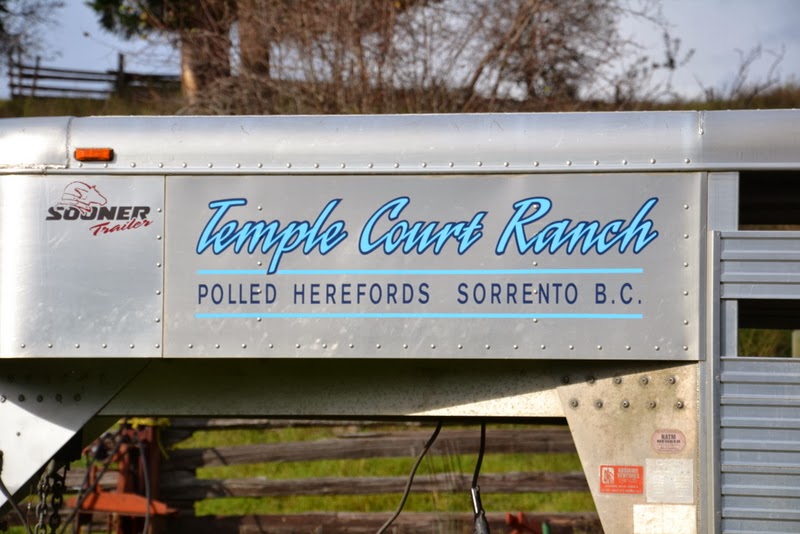 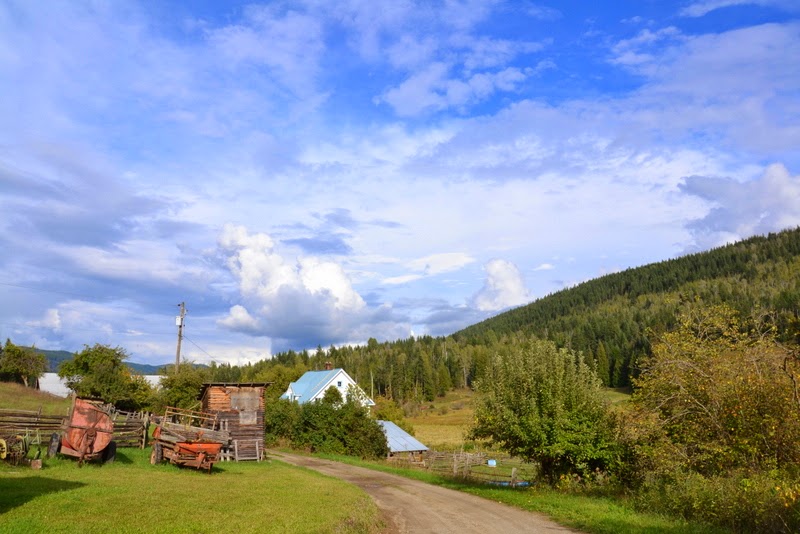 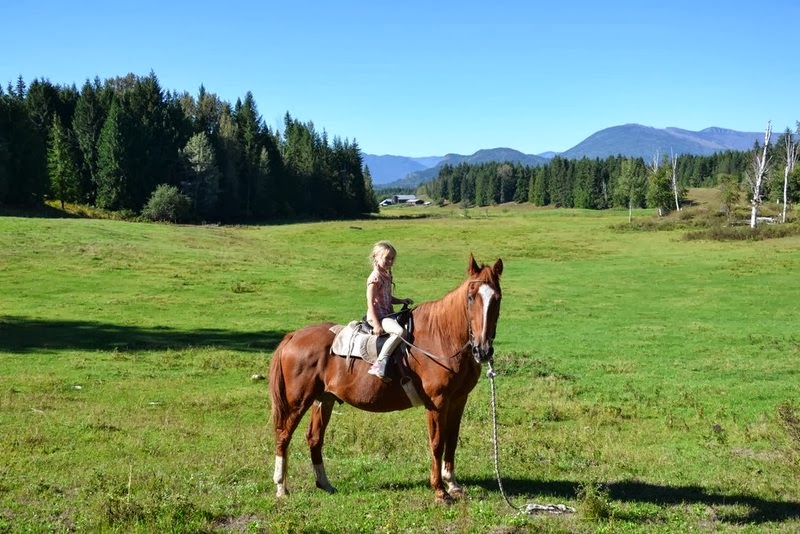 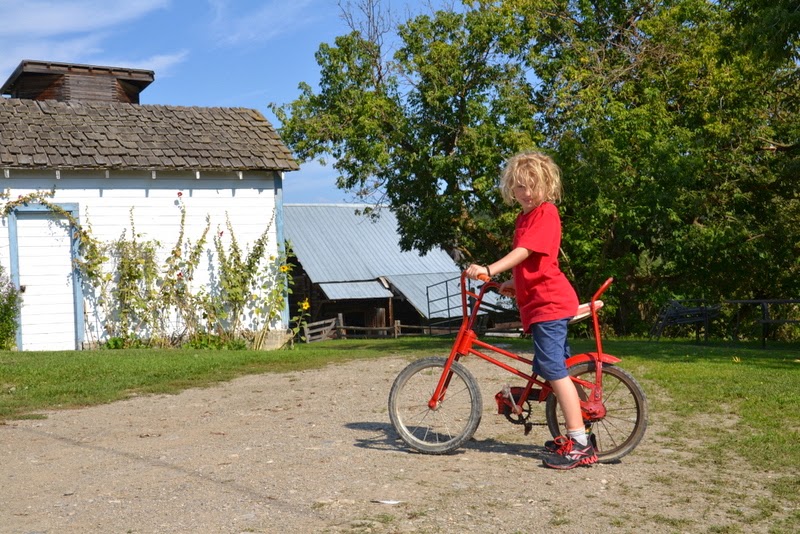 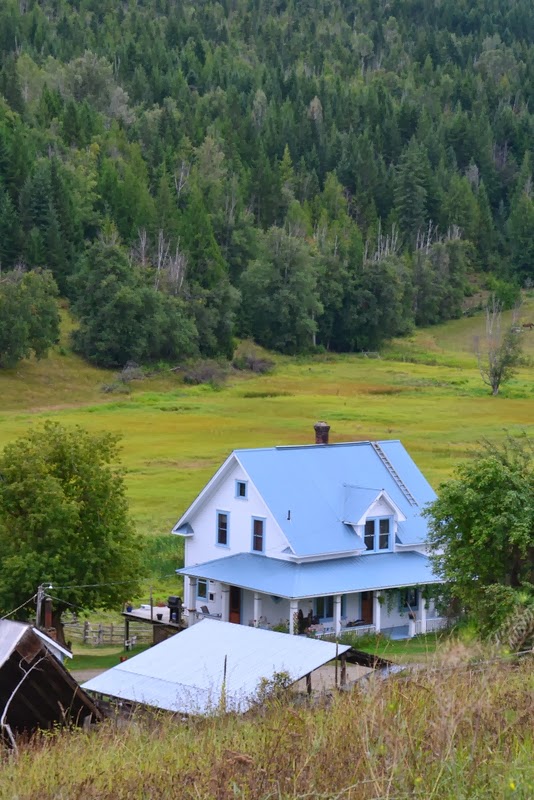 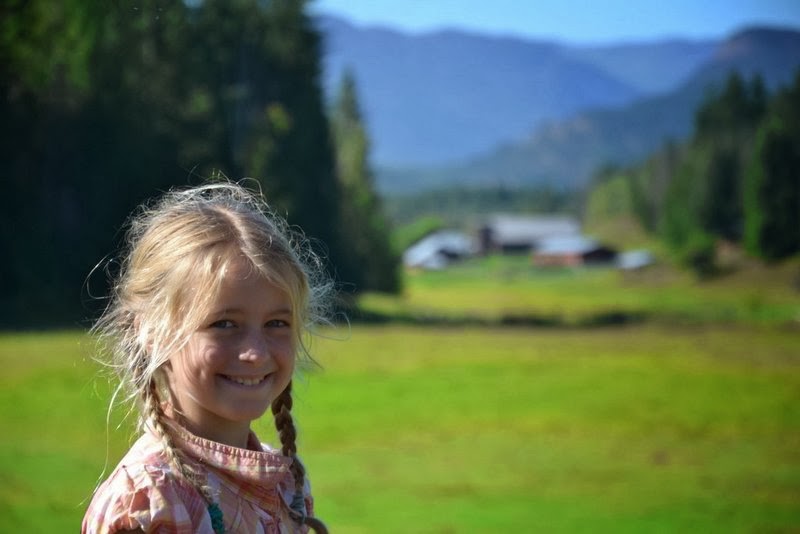 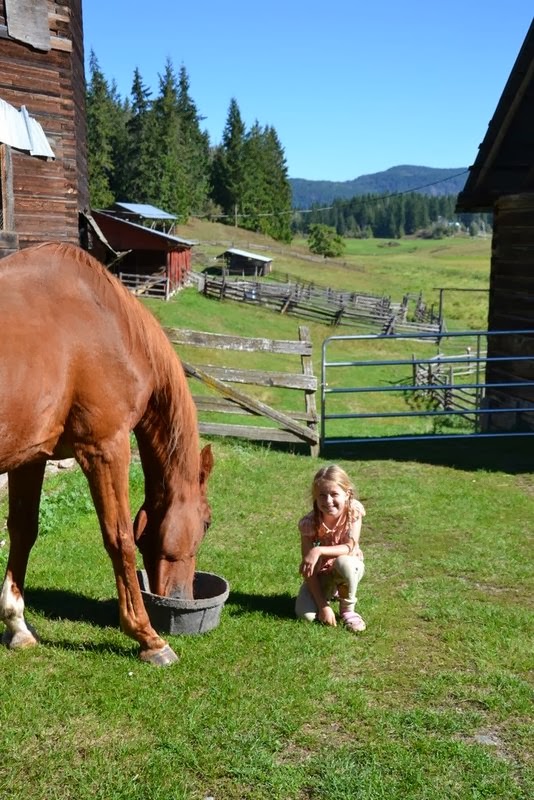 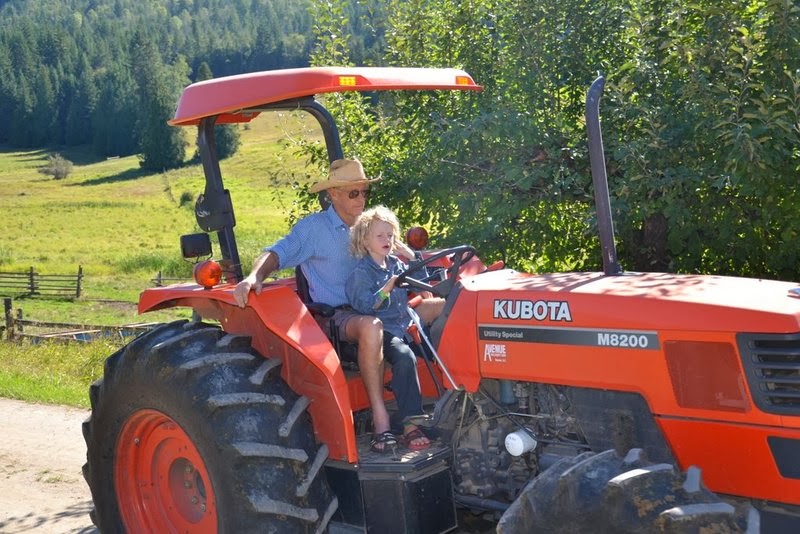 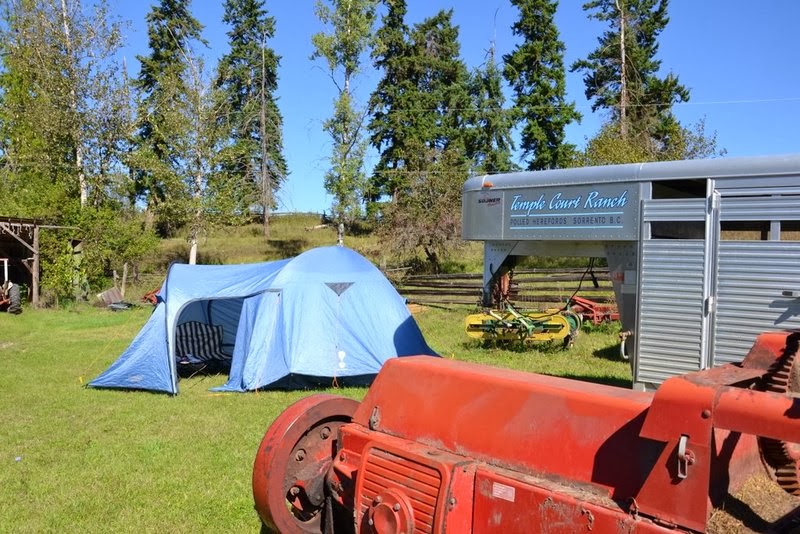 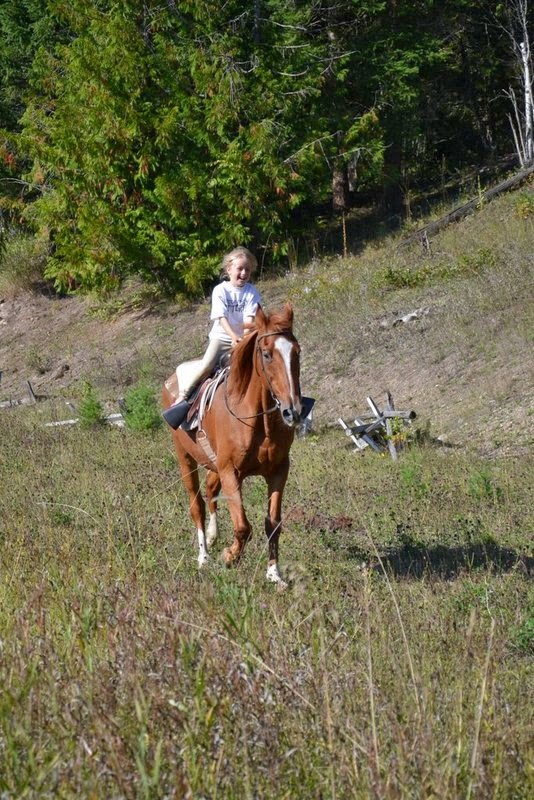 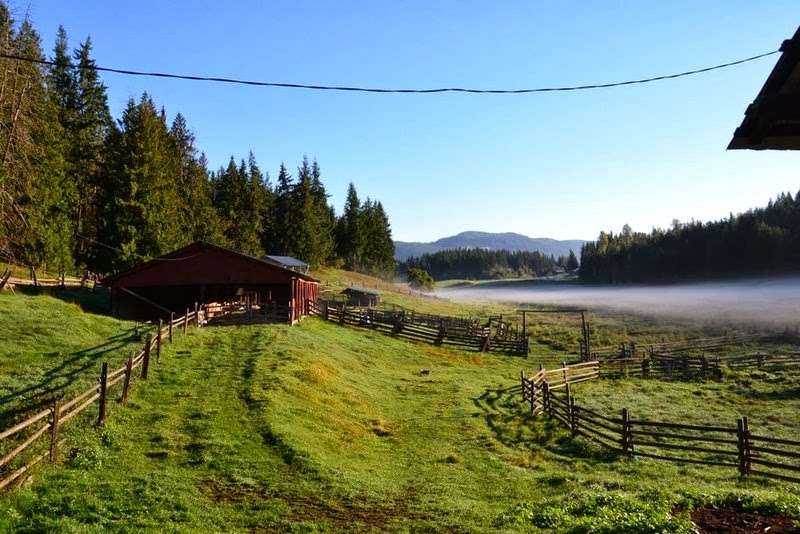 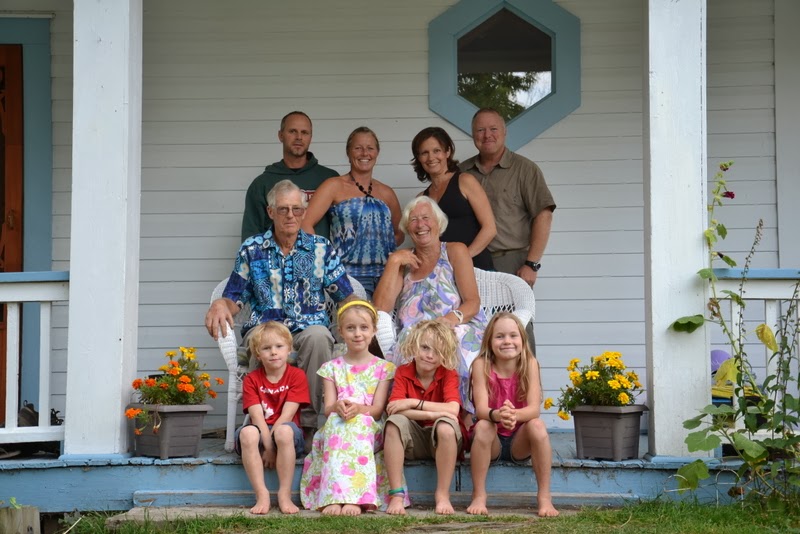 Granny and Grandpa treated the kids to a trip Sky to Trek Adventures near Revelstoke for their birthdays.  Great fun and we had the place to ourselves. 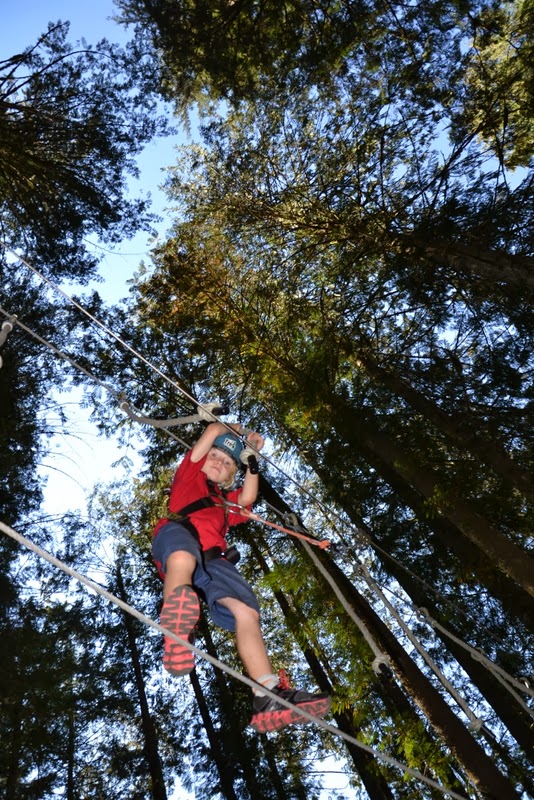 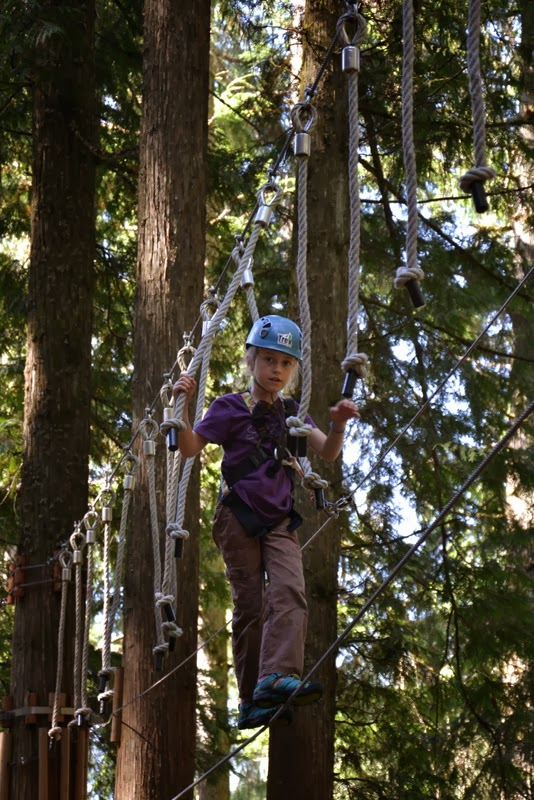 A did a few hikes and did some camping as well.